Sacred spaces bring people together. At the heart of their design is fellowship, gathering, shared learning and worship. As an architecture to venerate beliefs, they can be inviting or introspective when seen from the outside. Full of symbolism, tradition and meaning, sacred spaces combine different materials and textures across their façades. In turn, this carefully orchestrated assembly denotes areas of entry, movement and light.

One of the best ways to understand external impressions of sacred spaces is through elevation drawings. Not only do architects use these to show heights or placements, but also to organize religious elements and building forms. Just as architecture and faith are intertwined, so too are symbolism and elevation drawings. Sacred spaces are important not only because of their connection to a community but also because they differ across environmental, economic and cultural boundaries. The following drawings showcase these sacred designs through elevations of built work. Together, they represent different approaches in both rural and urban conditions alike. For the Chamber Church, the design team wanted to create a spatial container that both respects the past and looks towards the future. Their goal was for the space to provide a religious experience and secular touch. The design echoes the memories of historical archetypes and the symbolism associated with them, but interprets them in a timeless way to create a sense of the future. The architecture integrates this duality in plan, section and elevation. Most notably, this is done through integrated vernacular façade images of traditional churches. 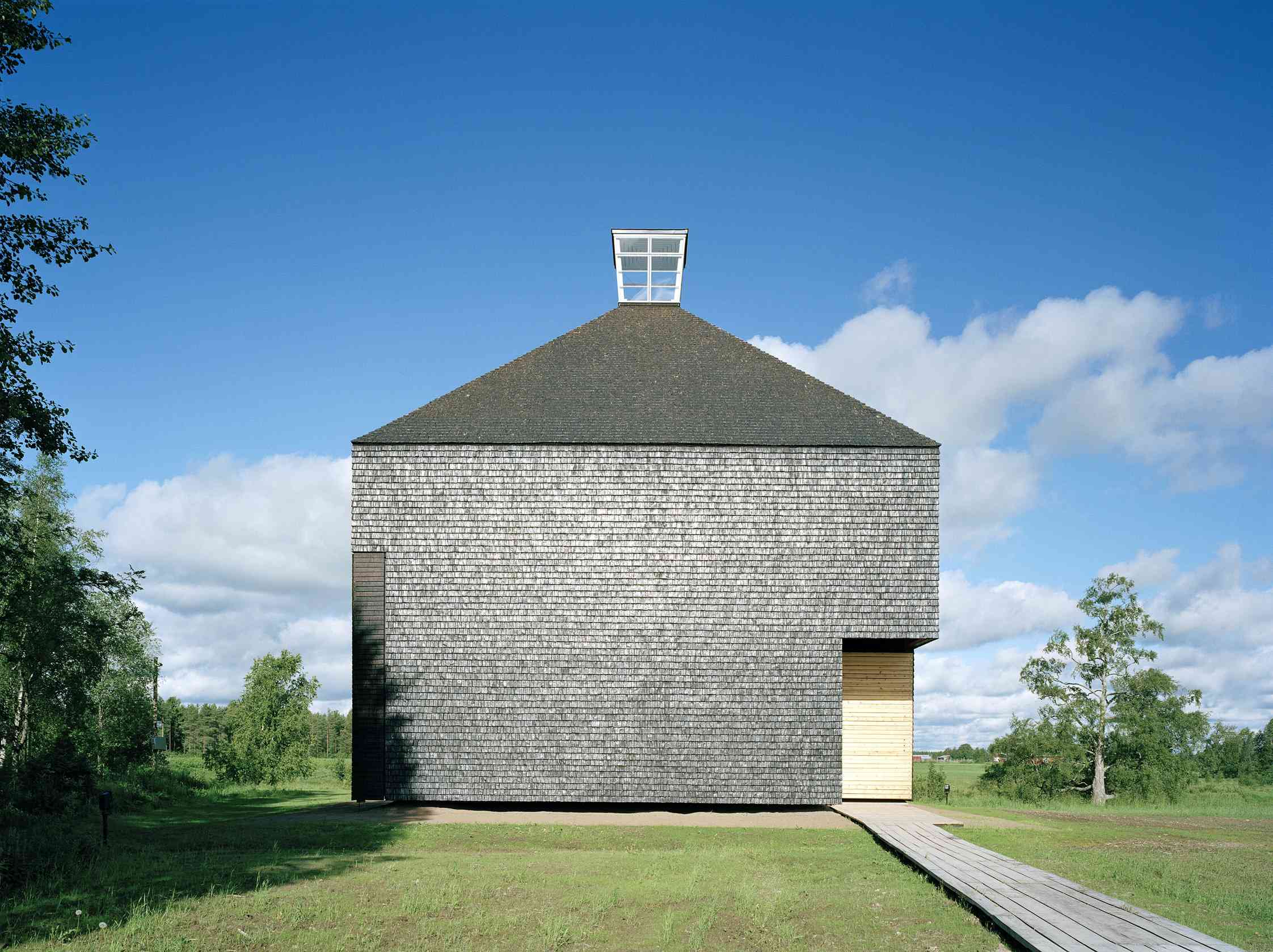 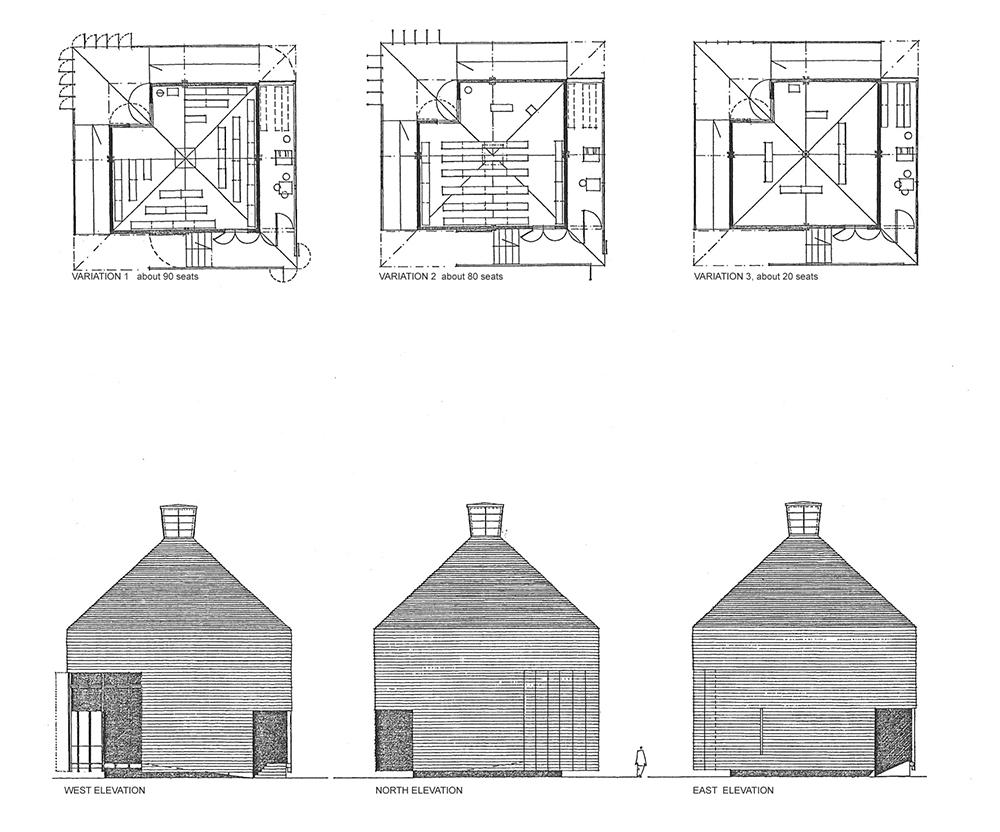 This sacred space was the result of a call to create a new, modern church by rebuilding the original church of Kärsämäki parish. The original was built in 1765, and later demolished in 1841. With no document recording the original appearance of the building, the brief of the competition — organized within the Department of Architecture at the University of Oulu — asked for building that would use traditional 18th century methods. The design of the church is based on Anssi Lassila´s winning entry “Cantata”, and the building is characterized by a strong sense of materiality evoked by the natural roughness of handcrafted wooden elements. 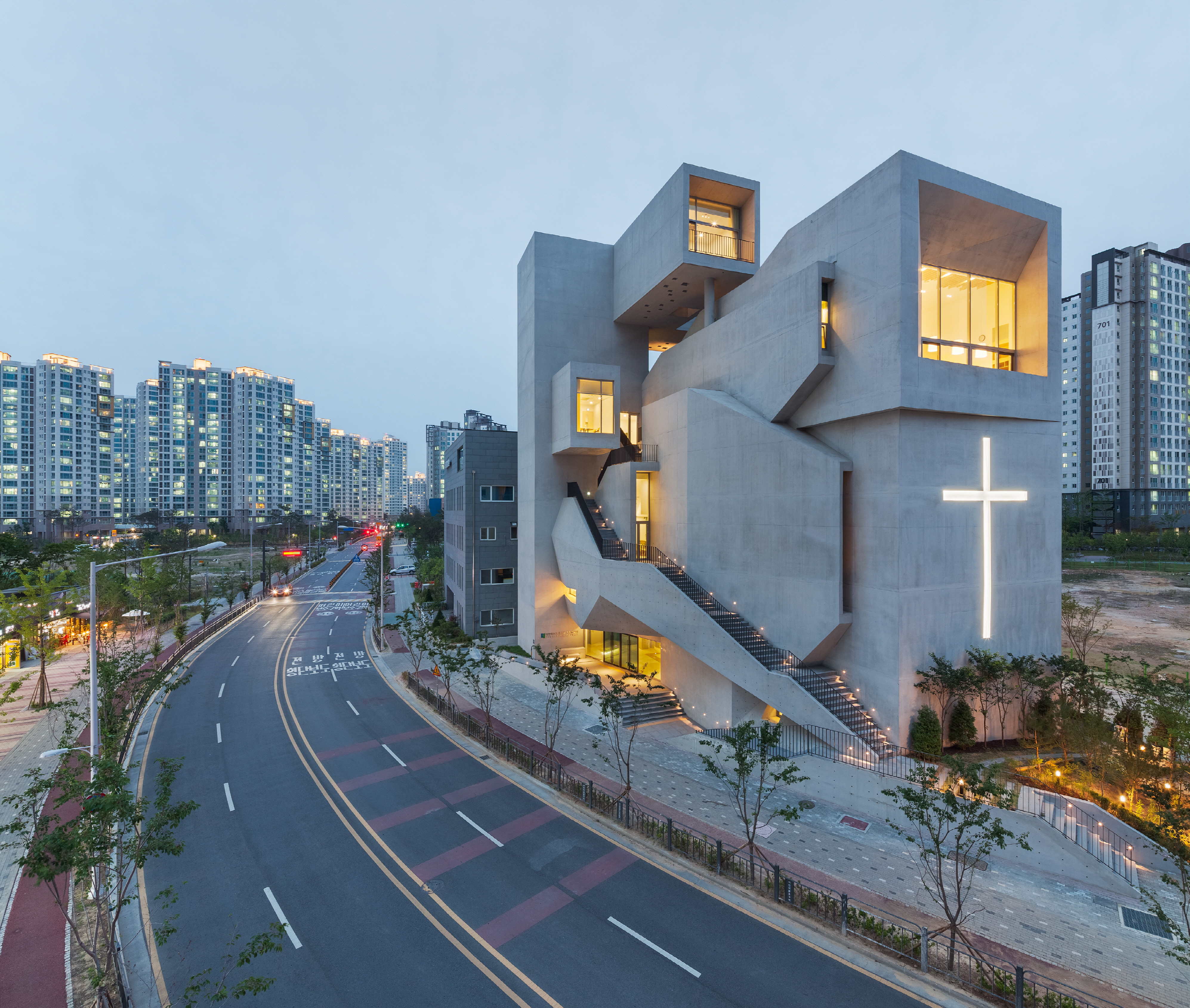 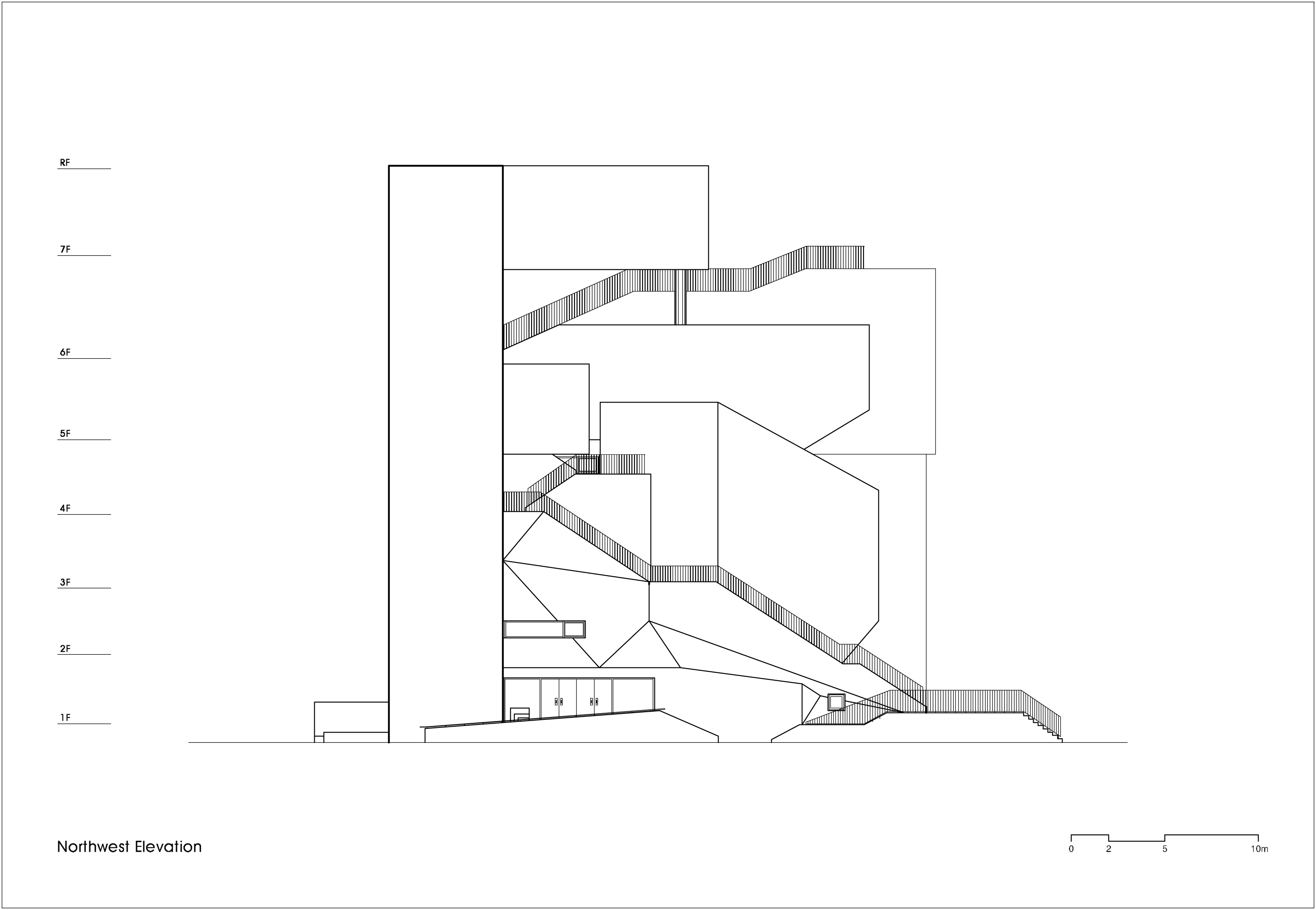 When looking at elevation drawings and their impact on design, this church in Gimpo new town immediately evokes a surprising musical reference, appearing as a “stairway to heaven.” The closest church is sitting on a corner site of Unyang-dong, Gimpo. Words like corner, edge and vertex connote the existence of more than one life or surface. The church has a facade divided by two conflicting elements that intersect with each other at the vertex of the site. One is a solid and fragmented concrete, proposed by considering the relationship with apartment residents, and the other is a transparent glass that open views to the vast park and also to the church’s worship services. 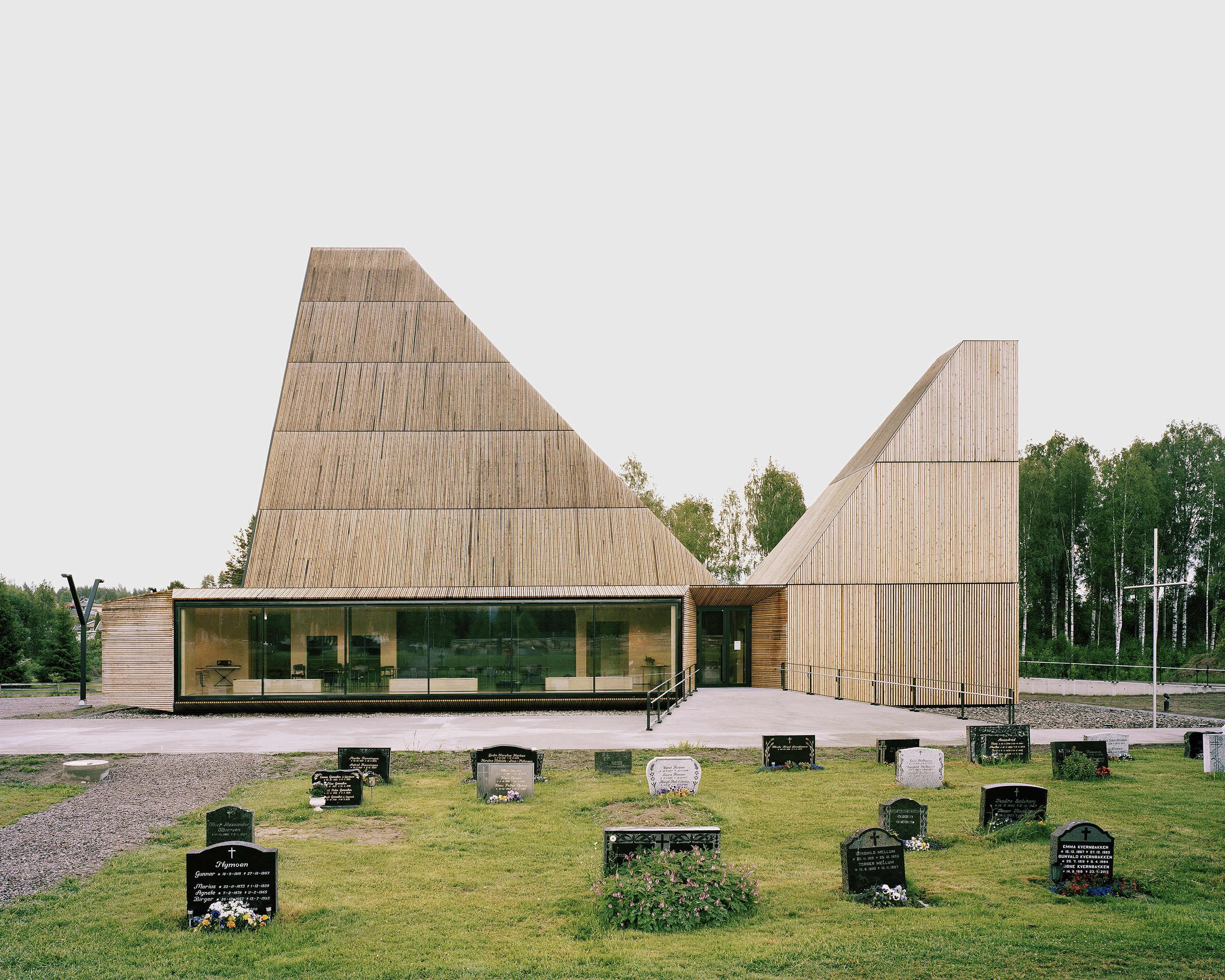 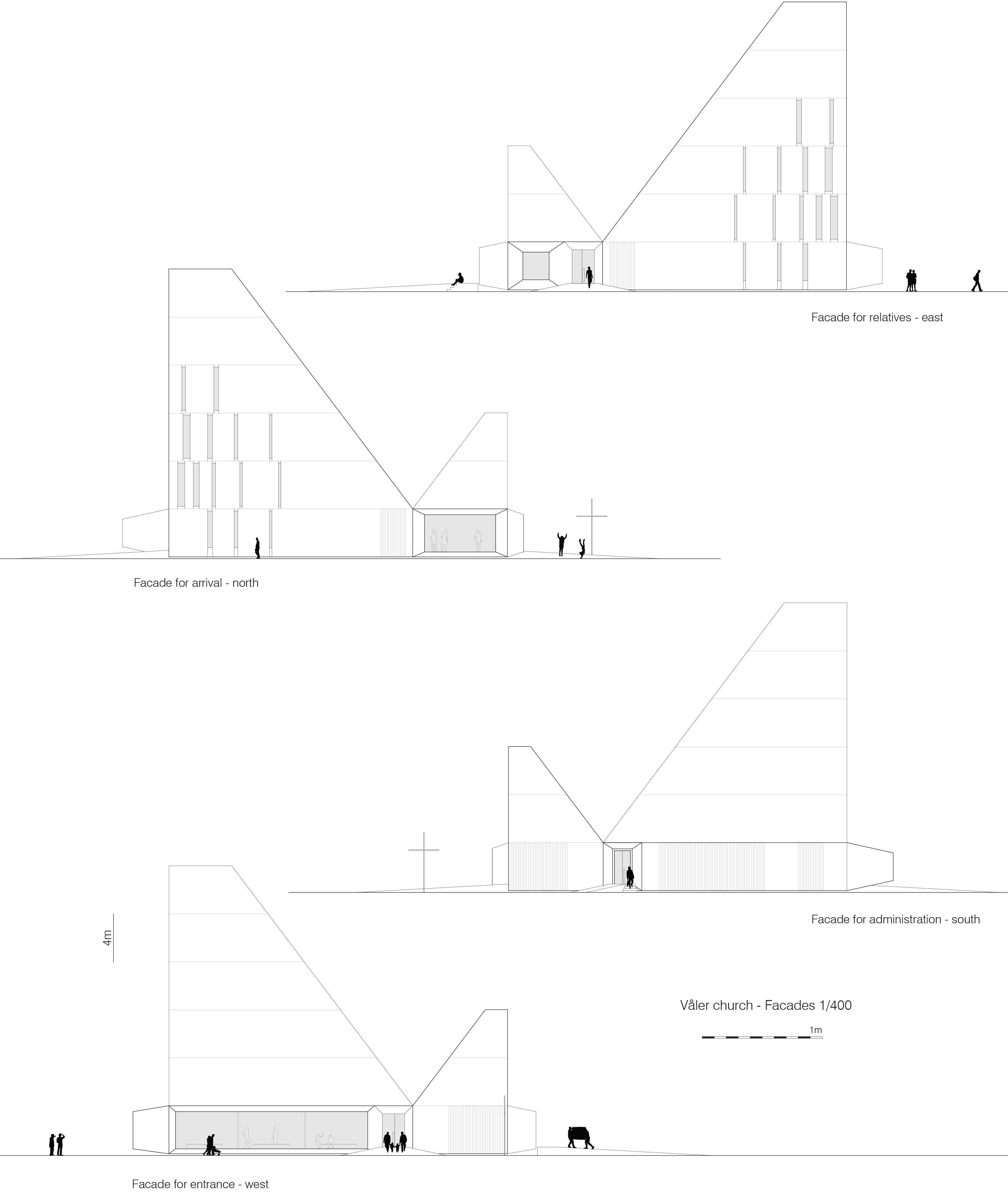 Elevation drawings can also tell a powerful story when combined. In 2009 the old wooden church in Våler was lost in a fire. The loss of their two hundred year old wood church was a tragedy for the small local community. Placed in the middle of the pine forests in the eastern part of Norway, the local community decided to rebuild a new church built in wood. There where arranged an open architect competition which turned out to be one of the largest in Norway ever, with 239 proposals from 23 countries. The winner for the competition created something that expresses tradition and symbolism through reinterpretation. 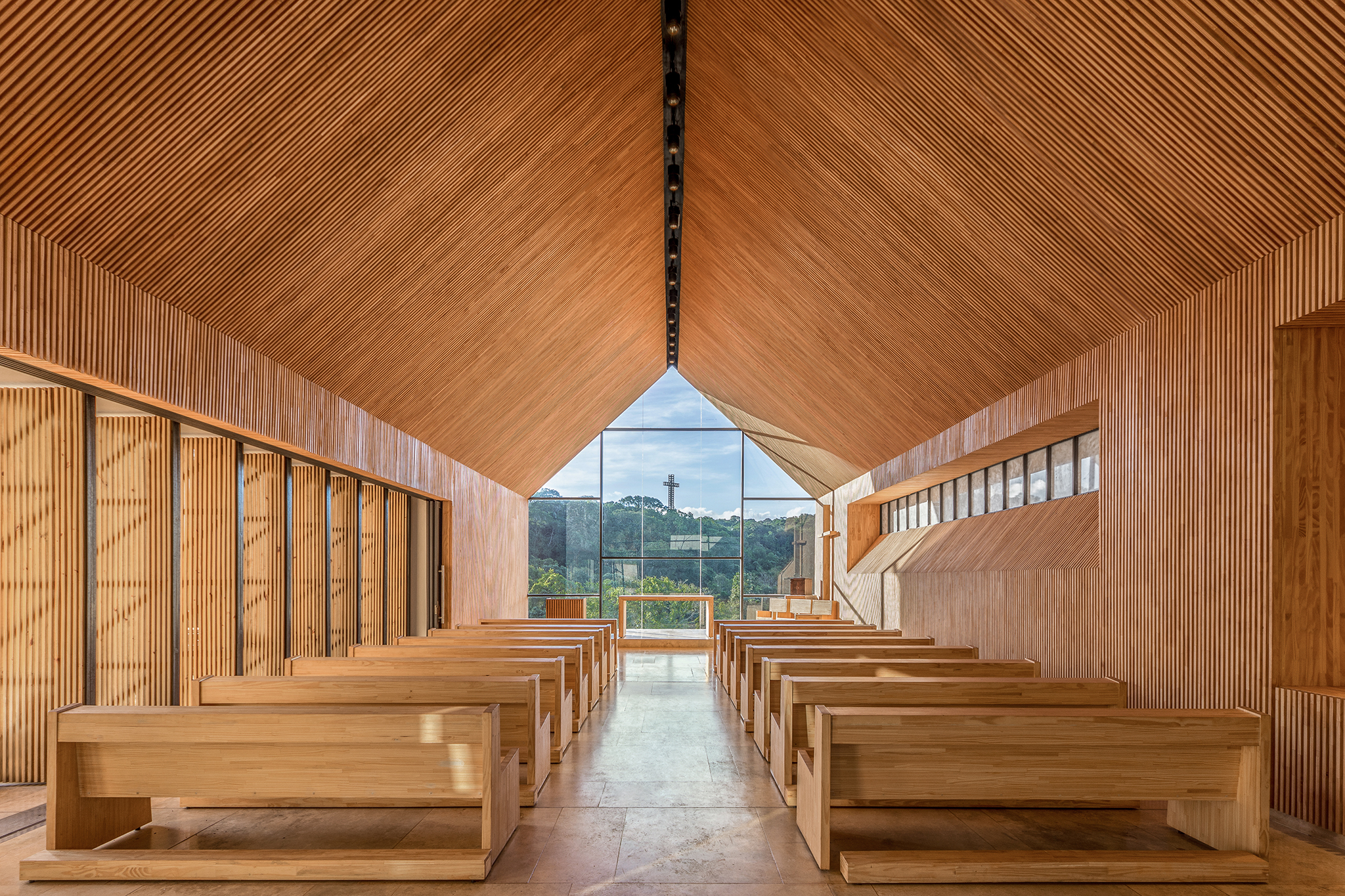 Elevation drawings can also tell powerful stories of shadow and place. This chapel’s location inside the park of the cross of Saint Anne informs the main challenge demanded by this project: to create a religious space within a recreation and tourism area. The site chosen for the chapel was a gap in the forest with a difference in height between the access road and the chapel of 15 meters (40 feet). The chapel is a prism double envelope; the outside is white and the inside is covered in wood. The outer volumes is defined by the directionality to the cross and the lateral connection to the atrium plaza. 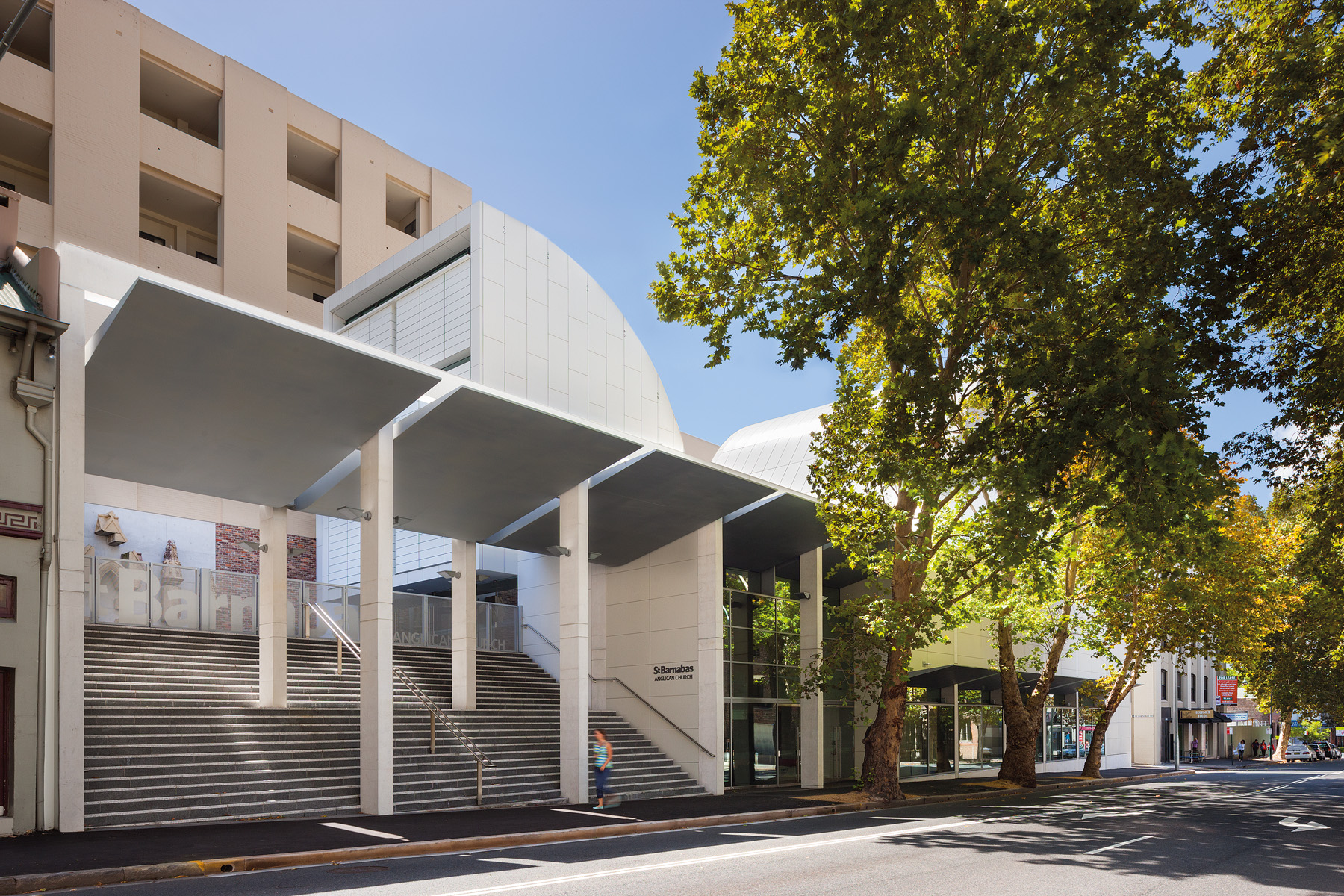 Drawings can be used to showcase an idea through clarity and reduction in visual elements. St Barnabas church and adjacent community hall, located on Sydney’s busy Broadway, were destroyed by fire in May 2006. A Sydney institution for over 145 years, efforts to rebuild the church began almost immediately. Now, the rising curved volumes of the worship space characterize and focus the appearance of the church in the city. The worship space, with its folding floor that wraps up around the congregation and opens up to cloud-like ceilings, is conceived like an open-hand under the sky; a warm, protective, generous and light-fill space. Complementing the worship space is the counter-curved form of the foyer and social-heart that rises in a gesture of welcome and invitation to the central landscaped courtyard. The design team started on the Fuego Nuevo Chapel project back in 2014. They worked together with the community and the catholic congregation on the plot, about 35,000 square feet (3250 square meters) located in Monterrey, México. The team begin working with a structural module that works as a system, and the system consists on a series of solids that are repeated so it turns into a rhythm. This decision allows light to play an important role in the architecture itself. The result is an open plan that changes across the duration of the day and the date, playing across surfaces of concrete and marble.

How to Choose LED Strip Lights for the Bedroom?

10 Best Places to Buy Affordable Decor for Your House