atelier c – The 2 main ideas of the house were: to design a house that used solar passive principles that did not follow the aesthetic principles of green architecture and to reflect about the Spaces we work in, and their relationship to the rest of the house. It was important to prove that sustainable architecture can have a modern aesthetic. Although there are already many examples of this, often people think that sustainability requires a building to make use of “green clichés” which don’t really contribute to the buildings performance. On the flip side of the coin, it is not uncommon to see architecture which is extremely refined in its detailing, completely overlook functional details and context. The idea here was to develop functional details which contribute to generating a unique aesthetic of the building. Part of the program was to integrate a photo and writing editing studio.

Architizer: What do you believe is the most unique or ‘standout’ component of the project?

Nicholas Francoeur: The buildings height varies between 7-15 ft, which allows for the interior to provide a wide variety of experiences for a one story building. The collective spaces such as the kitchen and dining room are positioned to the south, where the ceiling is high. The bedroom, work studios and living room are situated to the north, where the ceiling is lower and the light is soft. 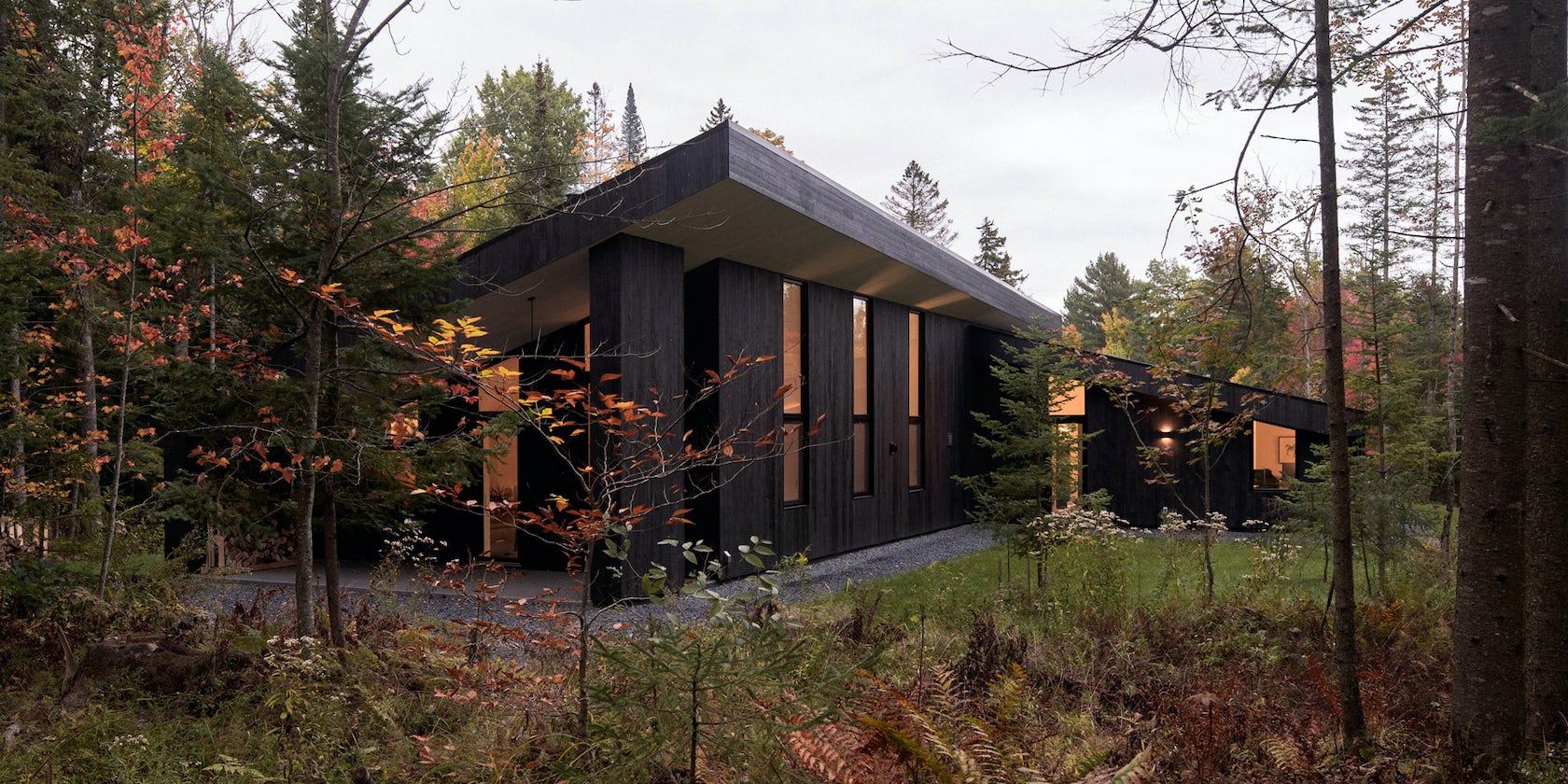 The most challenging design challenge was definitely those angled soffits; it required a lot of careful detailing to make sure that water ran off them correctly. At the end of the day it was worth it, as I feel it’s a defining detail of the project. Often overhangs are clunky in nature and are avoided even-though they serve an important role in sending runoff water away from the buildings foundations. 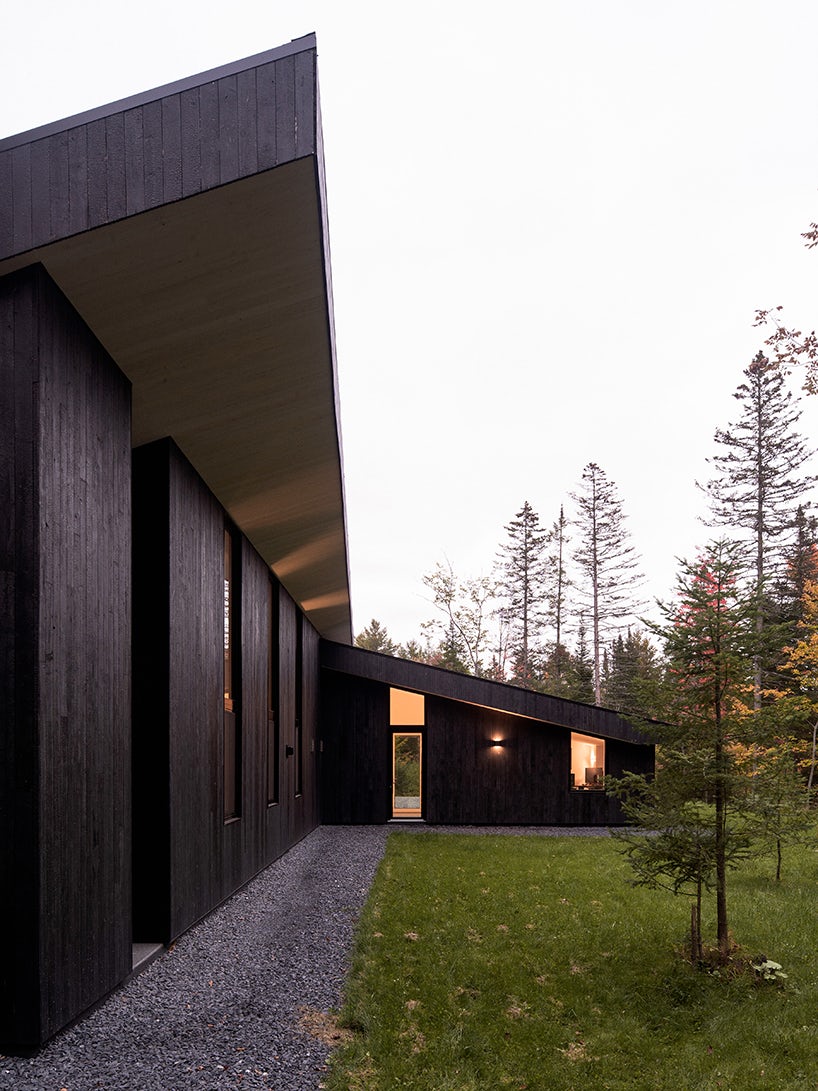 Quebec has a harsh climate ! It can be extremely hot during summer months while being freezing cold during the winter. The idea was to avoid overheating during the summer through the use of overhangs while allowing the sun to penetrate deep into the house during winter months. The movement of the sun through the seasons sculpted the form of of the house. 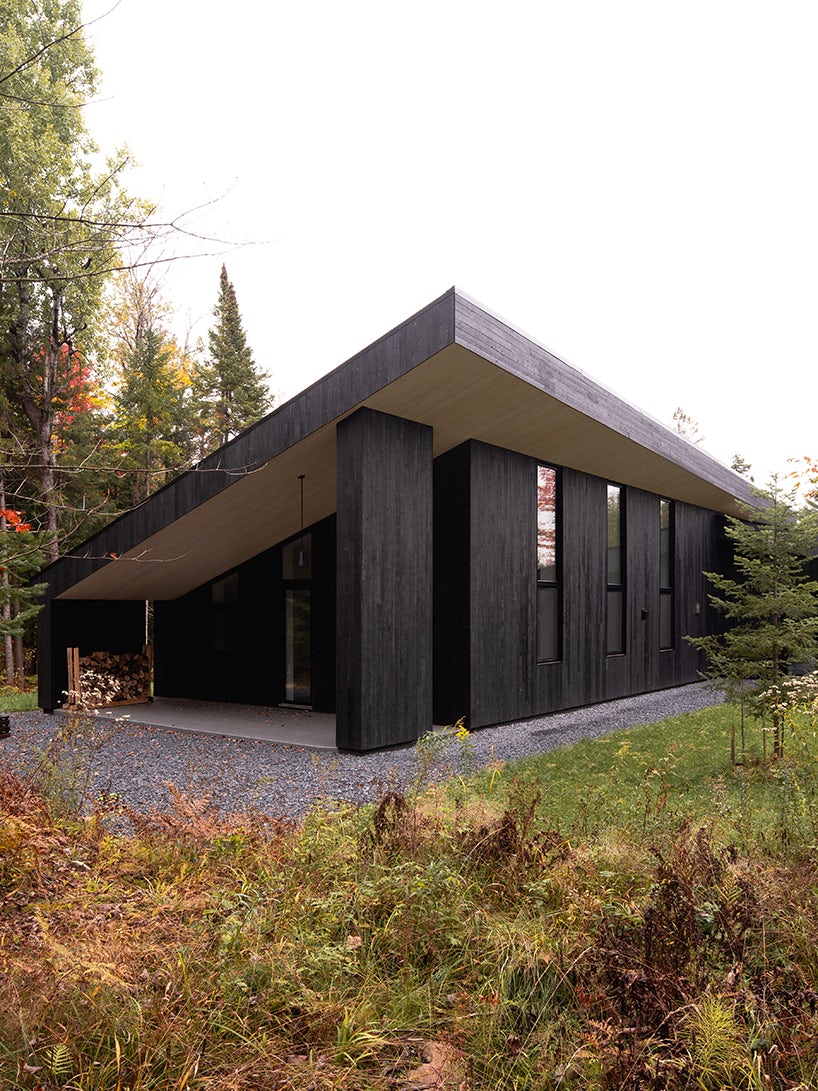 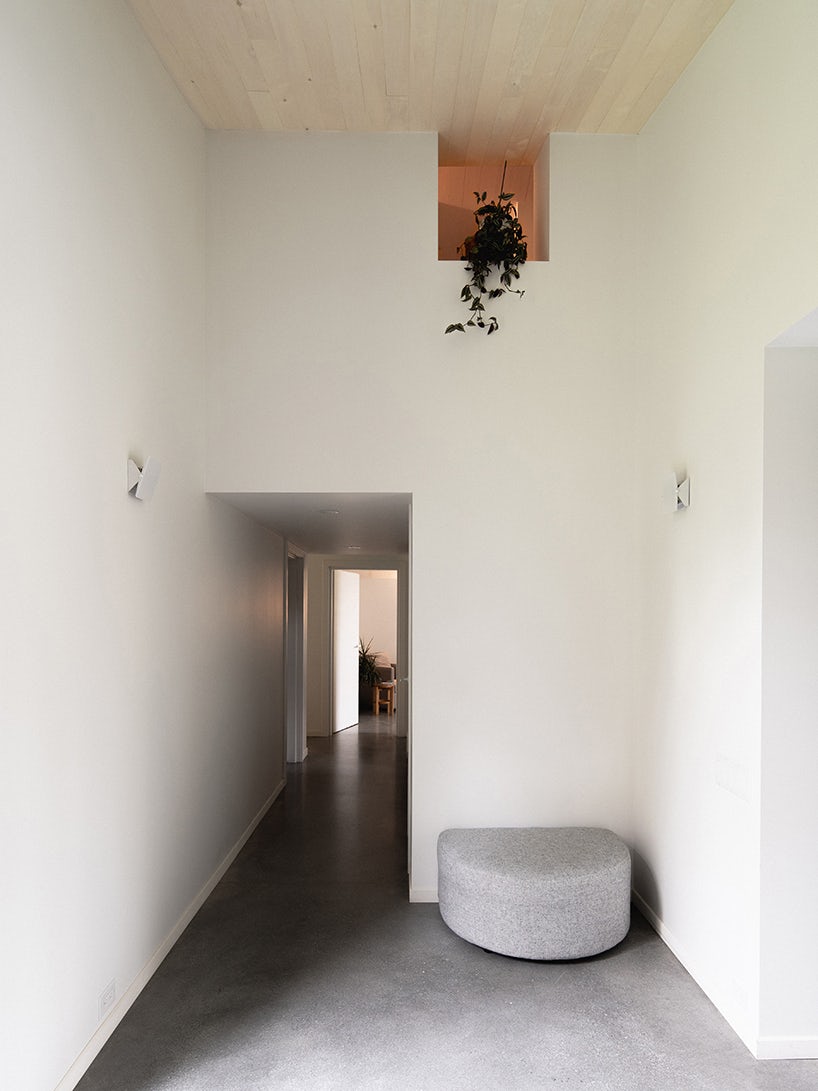 Sustainability is also about choosing materials that age well over time and are timeliness in their aesthetics. Simple and clean detailing is more likely to be restored than renovated. The charred cedar exterior contrasts strongly with the houses light interiors. The ceiling is clad is white washed aspen. The houses master bathroom is 15 ft high and tiled flirt to ceiling in a deep blue tile which is reminiscent of being under water; a response to the clients request to having a bathroom that feels like an an underwater scene. A large east facing cleristory window lights the shower in the morning from above. 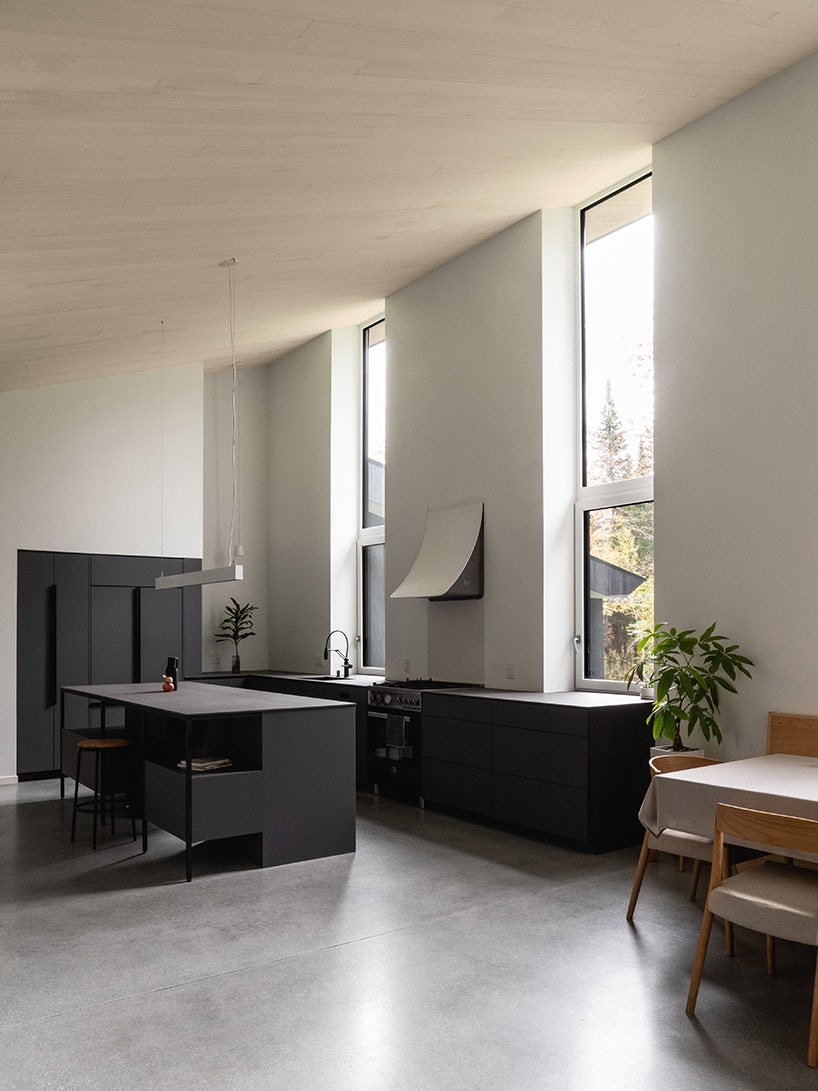 Sustainability is everything. Well it is a country house which is in a sense an unsustainable idea. I think everything we build should use energy sparingly because it just makes sense to build projects which are in harmony with their context. Mechanical systems should not have to constantly fight against climactic conditions. Houses are just more comfortable this way. 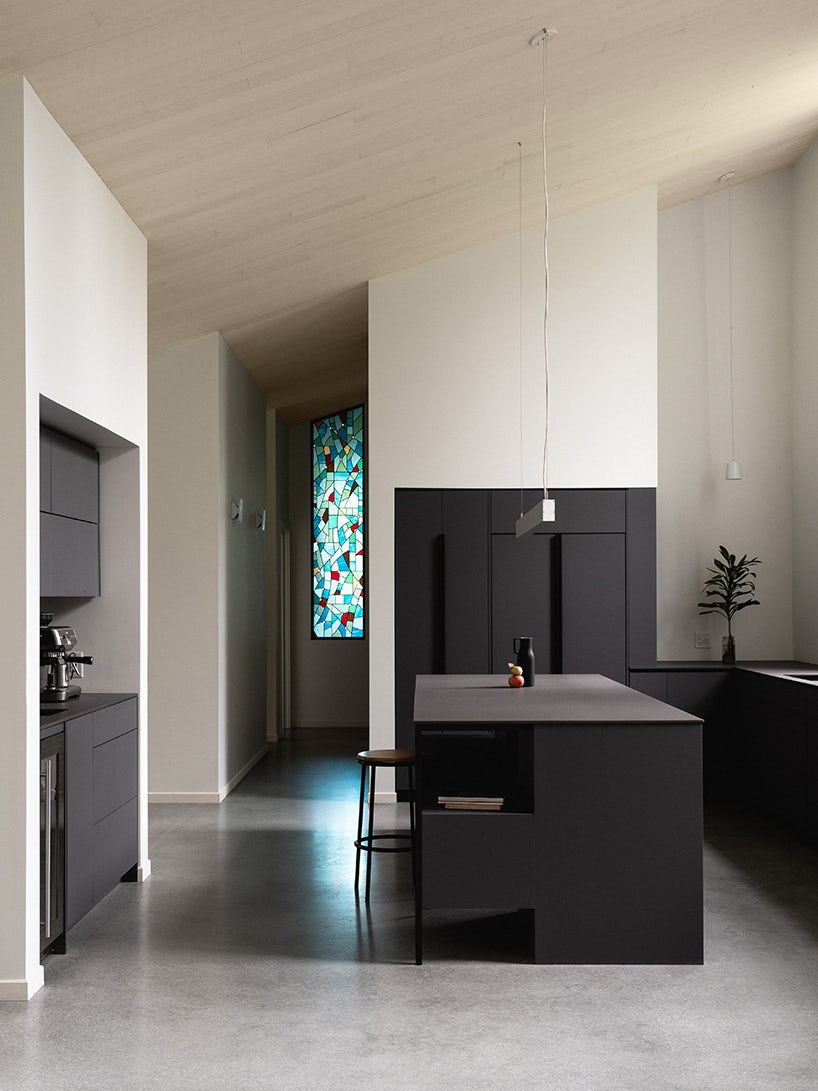 The houses structures completely made up of engineered wood and all of its components were pre cut by cnc and assembled onsite. The houses structure was all drawn in 3D which allowed an extremely high degree of precision and for there to be a literal virtual assessment of all the details before the house was physically built. This cutting edge characteristic of the house would not have been possible top not builders who collaborated in the design from day one. 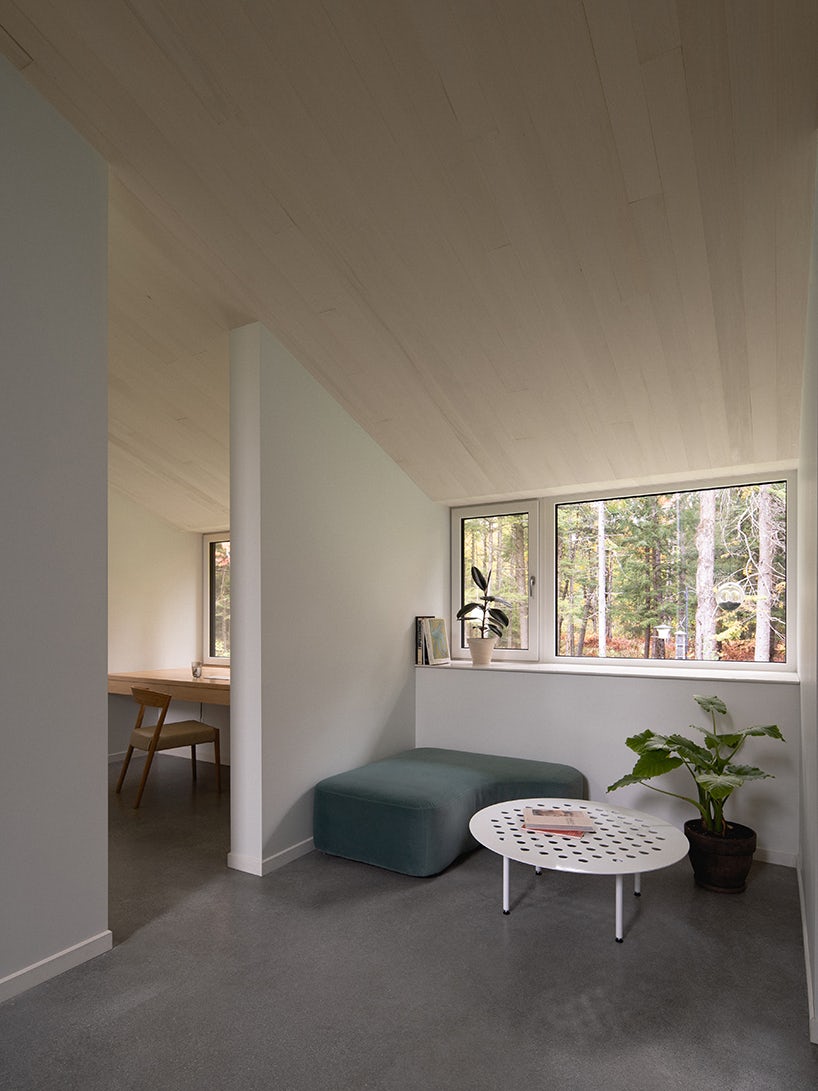 They intended on living there only part time until their retirement, but after going to the house for Xmas, they never left; selling the condo in the city and reorienting their careers so that they can work from the country. I take this as the highest compliment. 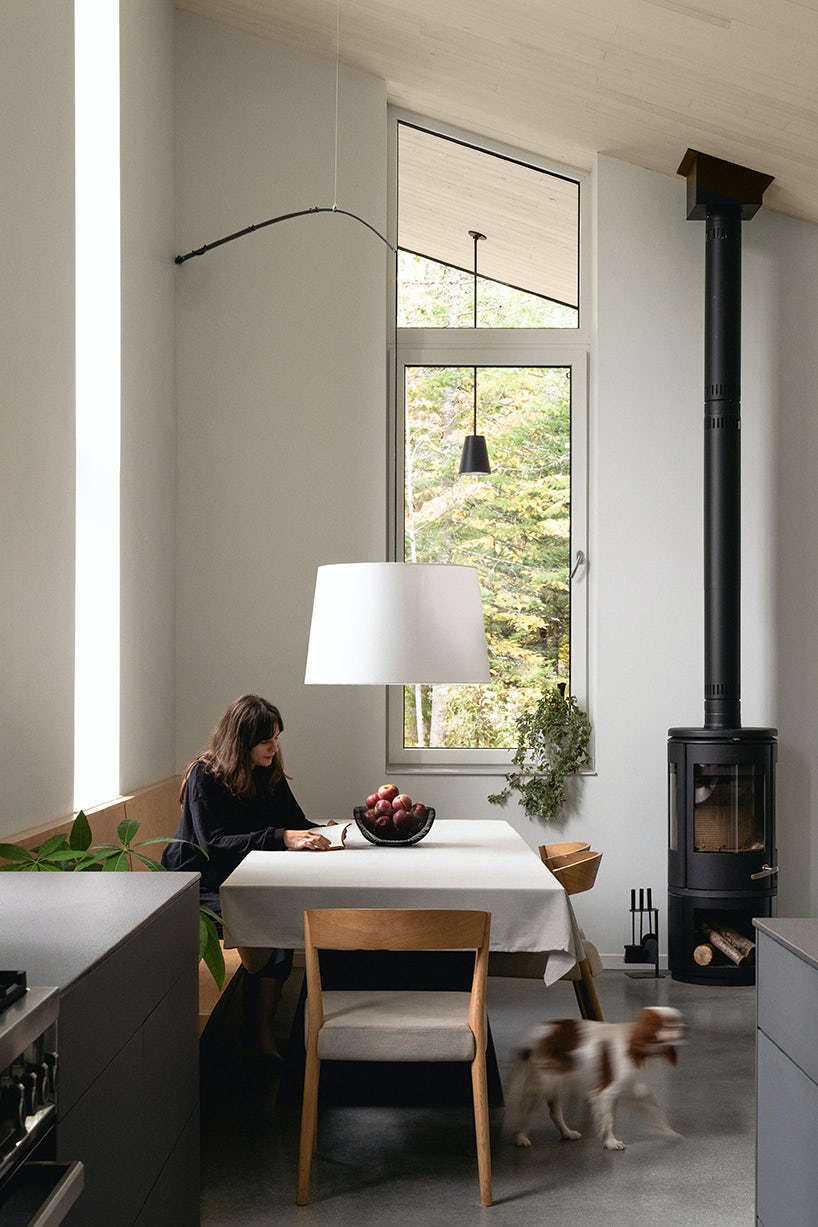 I believe this project represents my core values in the fact that it is a product of its context, which to me, is fundamental in architecture. I also think that programmatically, it is important to avoid archetypes and to try and understand the true nature of an activity and to design the spaces for its practice accordingly as opposed to relying too heavily on precedents. That being said, it is important to know your history.

For more on atelier c please visit the in-depth project page on Architizer.

Tech for Architects: Is This the Perfect Mobile Workstation For Designers?

Maintenance Tips for Your Heating and Cooling System