responding to the needs of a growing seattle

Seattle-based Architecture practice Hybrid builds its Oak & Alder house as an embrace of the city’s heritage while setting the tone for its future. Located in the Central District neighborhood, the project hopes to propose a high-density solution to the city’s housing crisis. While seventy-five percent of Seattle‘s land is dedicated to single-family zoning, a condition uncommon for its size, it is struggling to meet the demand for affordable housing.

With its facade of corten steel and its massive windows, Oak & Alder introduces a multi-family dwelling to the area to set a new precedent which respects its existing context. Hybrid’s Project Designer Alex Herbig explains: ‘Oak & Alder is the missing middle typology that offers unit density but at a scale and materiality that plays well with respect to the adjacent single-family homes.’

oak and alder: a new precedent for multi-family housing

The rear unit is occupied by a family from Copenhagen who was drawn to the design with its pitched roofline and neutral Scandinavian-inspired palette. Meanwhile, the front unit houses an individual who fell in love with the architects’ attention to ‘flow and function,’ along with the massive windows which flood the interiors with sunlight and captures views of the city’s skyline. 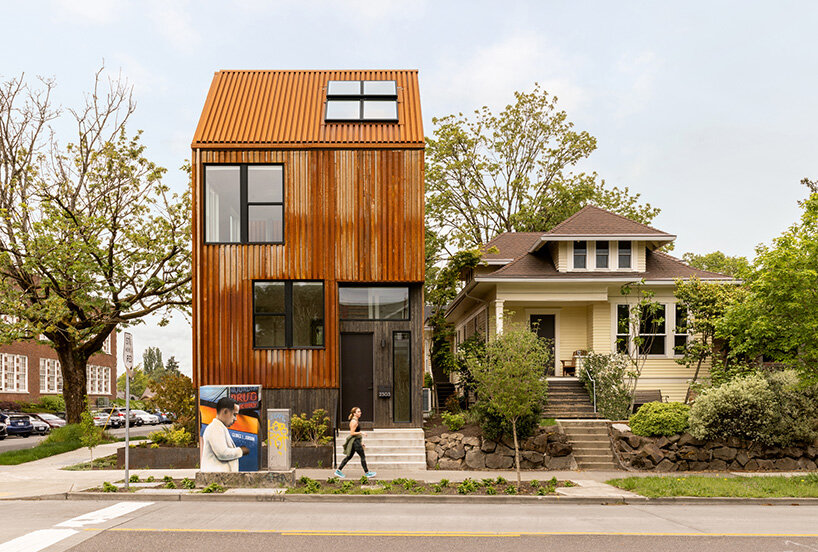 Hybrid’s high-density Oak & Alder project occupies a continually growing city whose housing prices are skyrocketing. Still, the team ensures quality in the design and construction. The high-density housing was achieved without compromising quality and ‘paying tribute to the community every step of the way, which is demonstrated by the team’s perspective on ‘development as a collaboration.’

The team writes: ‘Inside, Oak & Alder makes room for the city’s evolving residents with flexible, livable designs for a busy family of four and two roommates. Seattle will continue to evolve, but Oak & Alder celebrates its past while prolonging its affordability and accessibility.’ 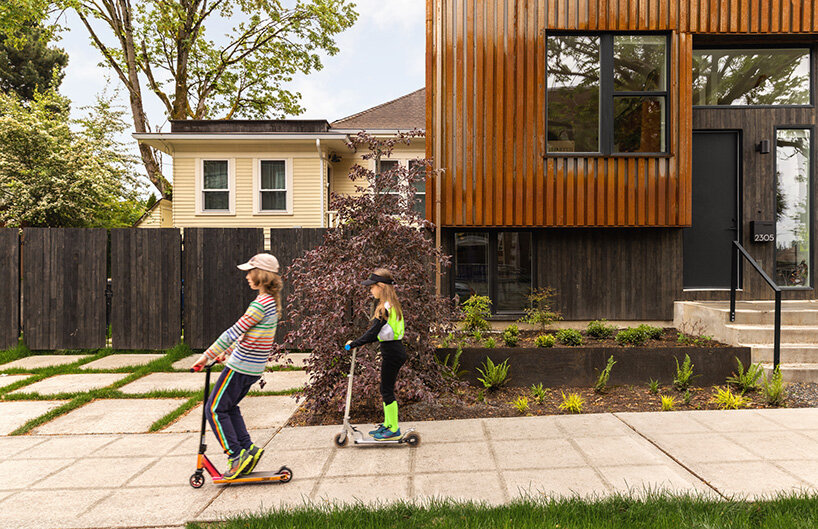 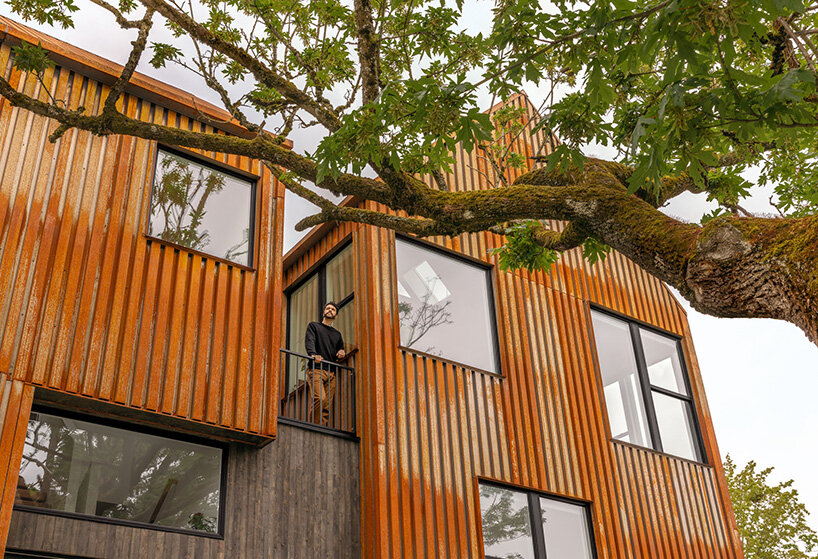 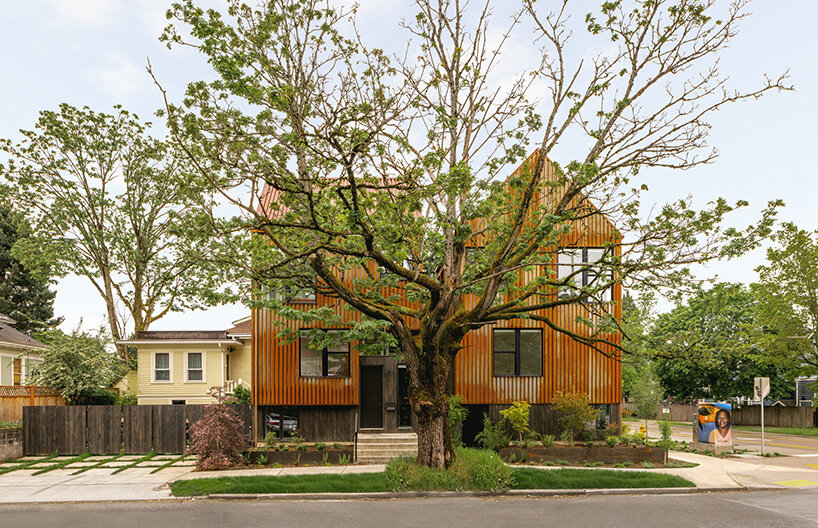 rent this invisible house to disappear into california’s mojave desert

Playing Around With Powder Rooms