A WEEKEND RETREAT ALONG THE COAST OF JAPAN

Japanese architects KKAA YTAA complete this compact weekend dwelling dubbed ‘House of Joy’ in Ise-Shima National Park. The surrounding coastal area comprises private homes irregularly scattered along the winding roads, with views beyond to the sea. The team notes: ‘It’s not a bad place for the owner who wants to spend a relaxing time in a place rich in nature with a view of the sea, but I felt a sense of discomfort in this uncoordinated cityscape that suddenly appeared in the wilderness of the national park.’

Led by architects Kei Kitano and Takanobu Yagi, the design team at KKAA YTAA celebrates views of the natural surroundings, opening up the breezy interiors with large, floor-to-ceiling windows. Located in a coastal area of central Japan, the plot borders a high cliff leading down nearly 100 feet to the sea.

The two-story weekend home takes shape with a strong presence facing the coast, and is built with reinforced concrete blocks. The house is almost entirely constructed with these exposed stone blocks, lending an austere identity from the outside. Inside, the bare, concrete walls are complemented by warm timber finishes along the floor, furniture, and cabinetry, as well as with a rooftop revealing its expressive plywood structure beneath. 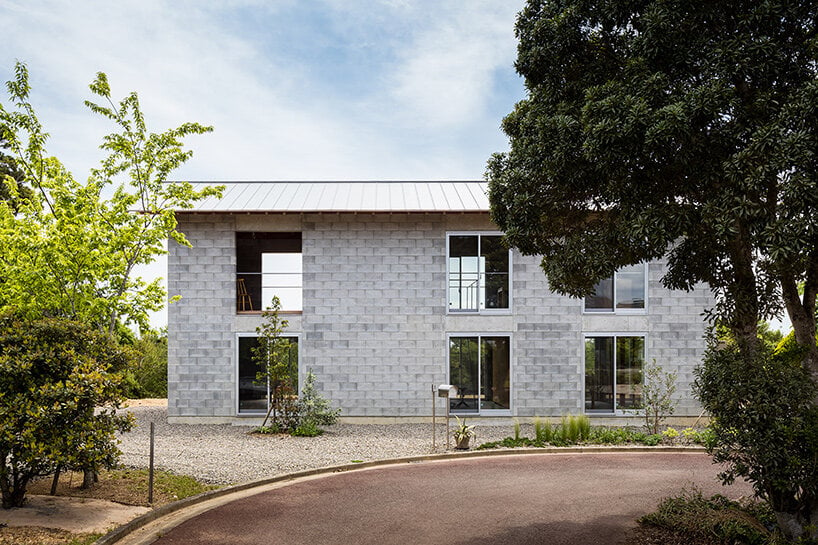 The architects at KKAA YTAA describe the design of the House of Joy: ‘Initially, I thought about ignoring this cityscape and designing a custom-made product that matches the individuality of the owner. However, in the end, we adopted a universal type of house, rectangle, and two stories.

‘It is also because the concrete block that gives a feeling of déjà vu is used and the degree of freedom of design is limited according to the standard dimensions of 200 x 400. It seemed natural on this site to have some elements that are similar to mass-produced standard housing.’ 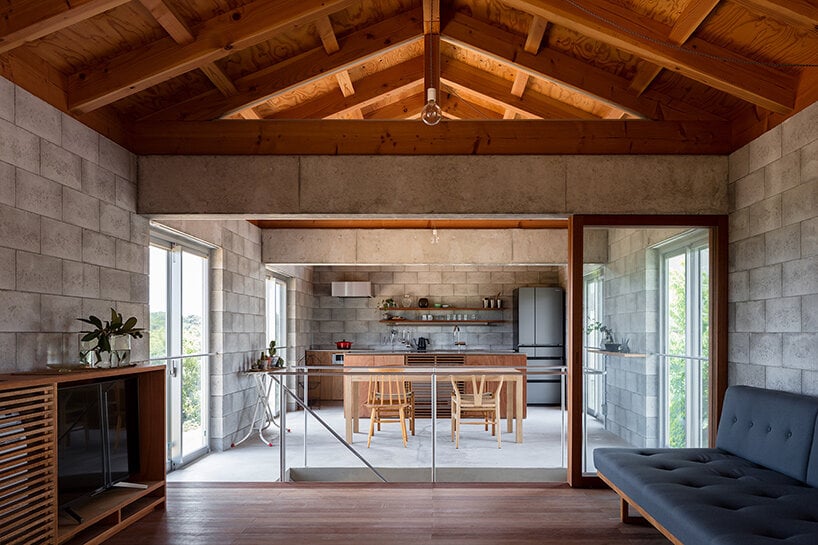 The team continues: ‘The emphasis on the design was to harmonize and coexist with the antinomy elements that architecture inevitably creates, such as interior and exterior, universality and peculiarity, openness and blockage. By doing so, the outlines and boundaries of the building will be blurred, the personal arbitrariness of our designers will be diminished, and it will be possible to accept various views of residents and visitors, and all surrounding environments.

‘We hope that this flexible and inclusive architecture will integrate the boundaries between nature and the cityscape over time.’ 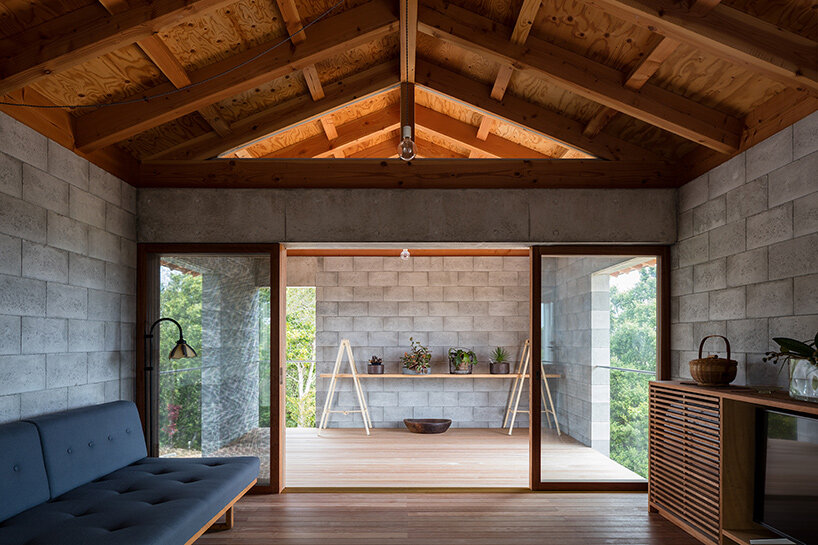 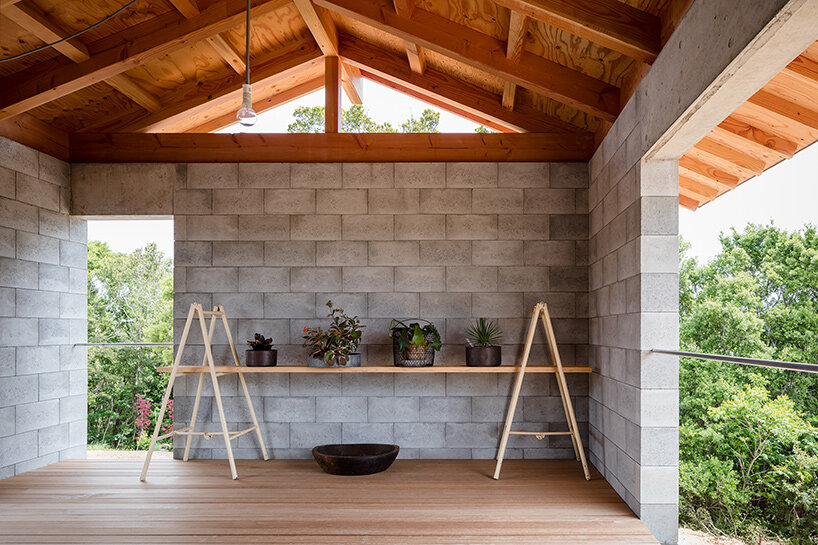 5 Things to Consider Before Getting a Backyard Pool

Which Is Better for a First-Time Owner?

Which Is Better for a First-Time Owner?