Thread, needle and spine in Microsoft Offices – The brief was, among others, to encourage social interaction between teams and departments. Each of the 10 floors of the building has a social hub including a cafeteria and play area. Our vision was to cut the slab and install sculptural staircases to facilitate interaction between the 2000 employees through mobility between levels but also to add a symbolic value through its metaphoric hint to the historical textile factory across the street, an important landmark of the area.

Corvin Cristian: Part of our inspiration came from some cast concrete staircases from the 60’s and part from the “Ago, filo e nodo” (“Needle, Thread and Knot”) monument in Milan.

Perhaps the balustrade really stands out but I also think it is the whole, the complex way in which a multitude of elements work together to achieve its diverse metaphorical symbols: the “backbone” single string structure, the terrazzo cast steps faceted following structural effort in order to appear as thin as elegant as possible (Romania is in an earthquake prone area), the undulating balustrade interlacing with the tensile steel net to suggest thread and fabric. 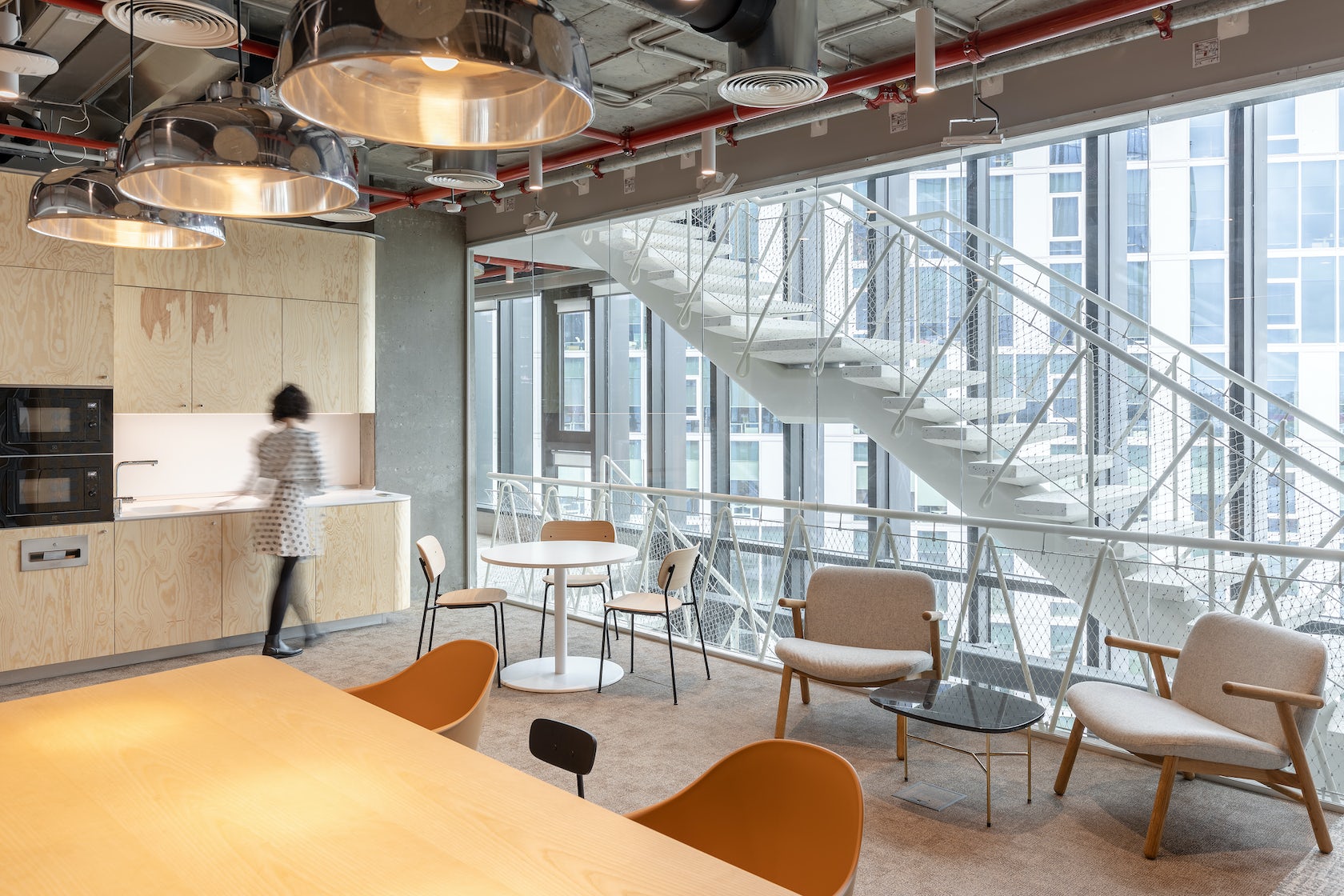 There were several structural tests involving producing half a stair and testing it with several people balancing on it as the stair had not only to be structurally safe but also to feel safe which for metal is a completely different thing as any vibration would make people reluctant to use it. Hence design had to adapt to the structure dimensions. I think the biggest challenge was to align and coordinate all the specialties and suppliers: from structural engineers to metal builders, to terrazzo casting and flexible cable mesh, all being produced in different sites by various teams.

Across the street is a historical garment factory hence our staircase is a reference to this context. 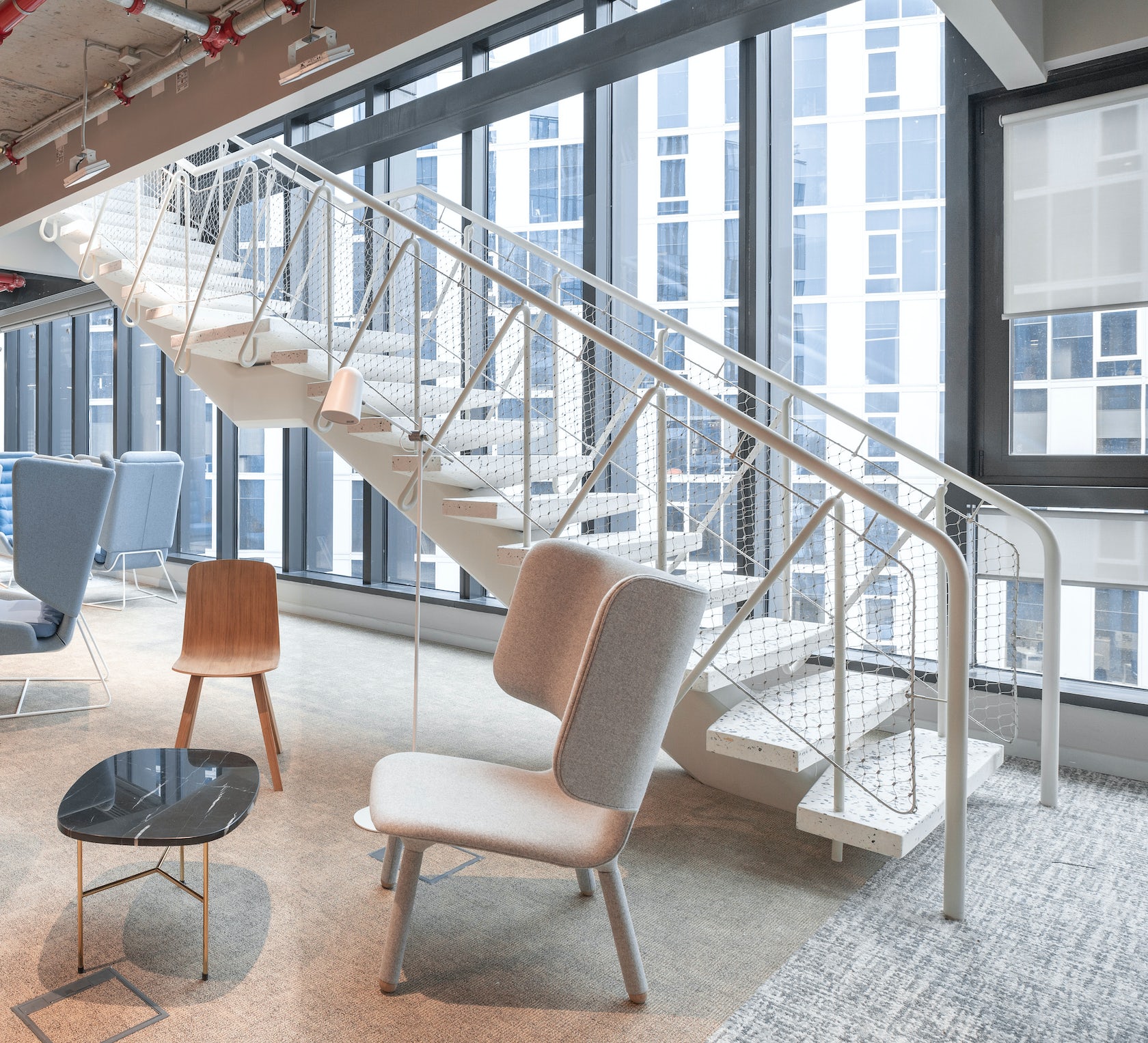 A subtle detail are the coverings on the upper side of the steps for the screws that hold each step to the metal string: they are round, in a darker shade of terrazzo and look funny, like two big eyes.

It represents us because it involved a lot of team work and also because it is simple but complex at the same time, like most of our projects. 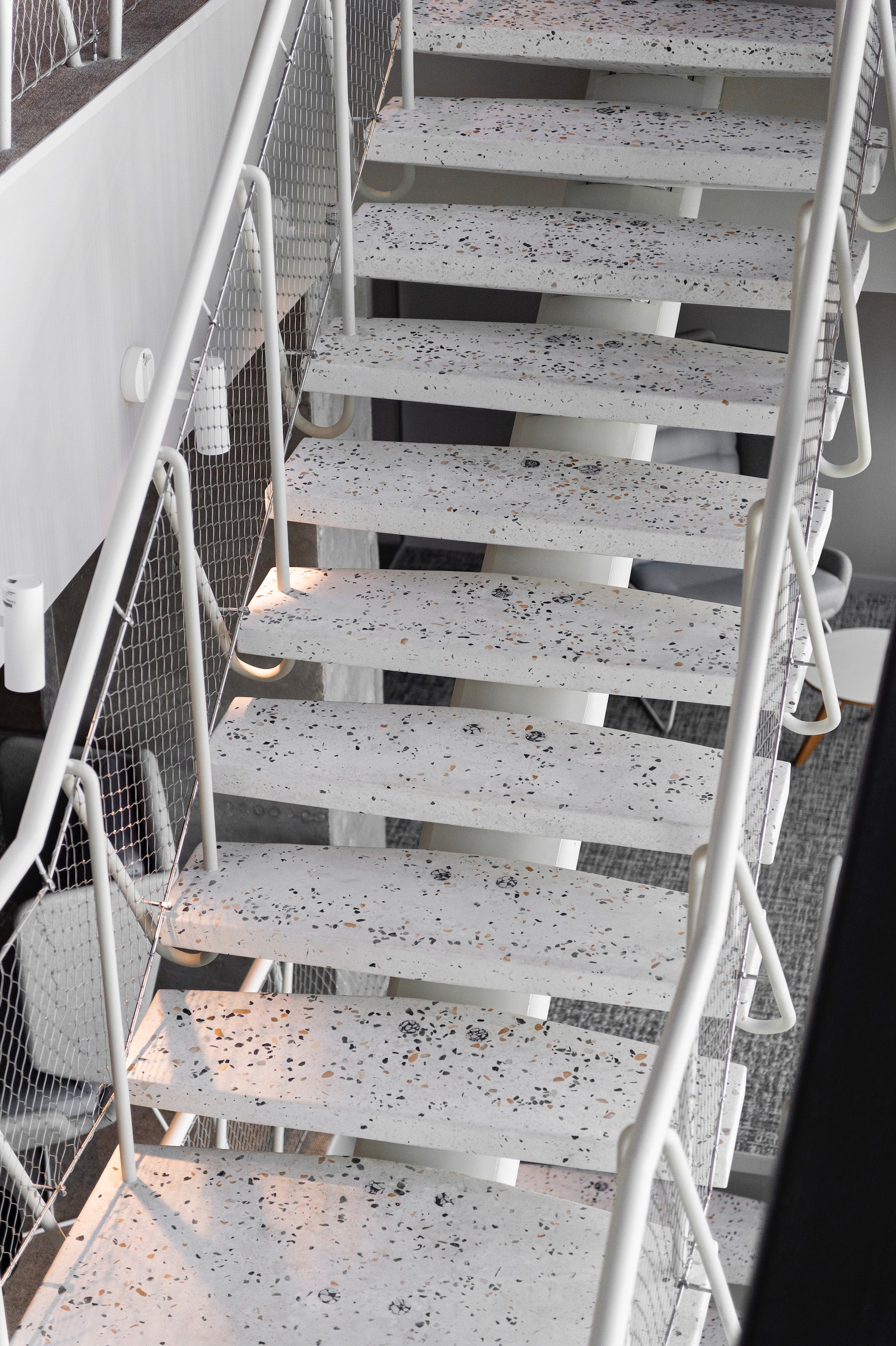 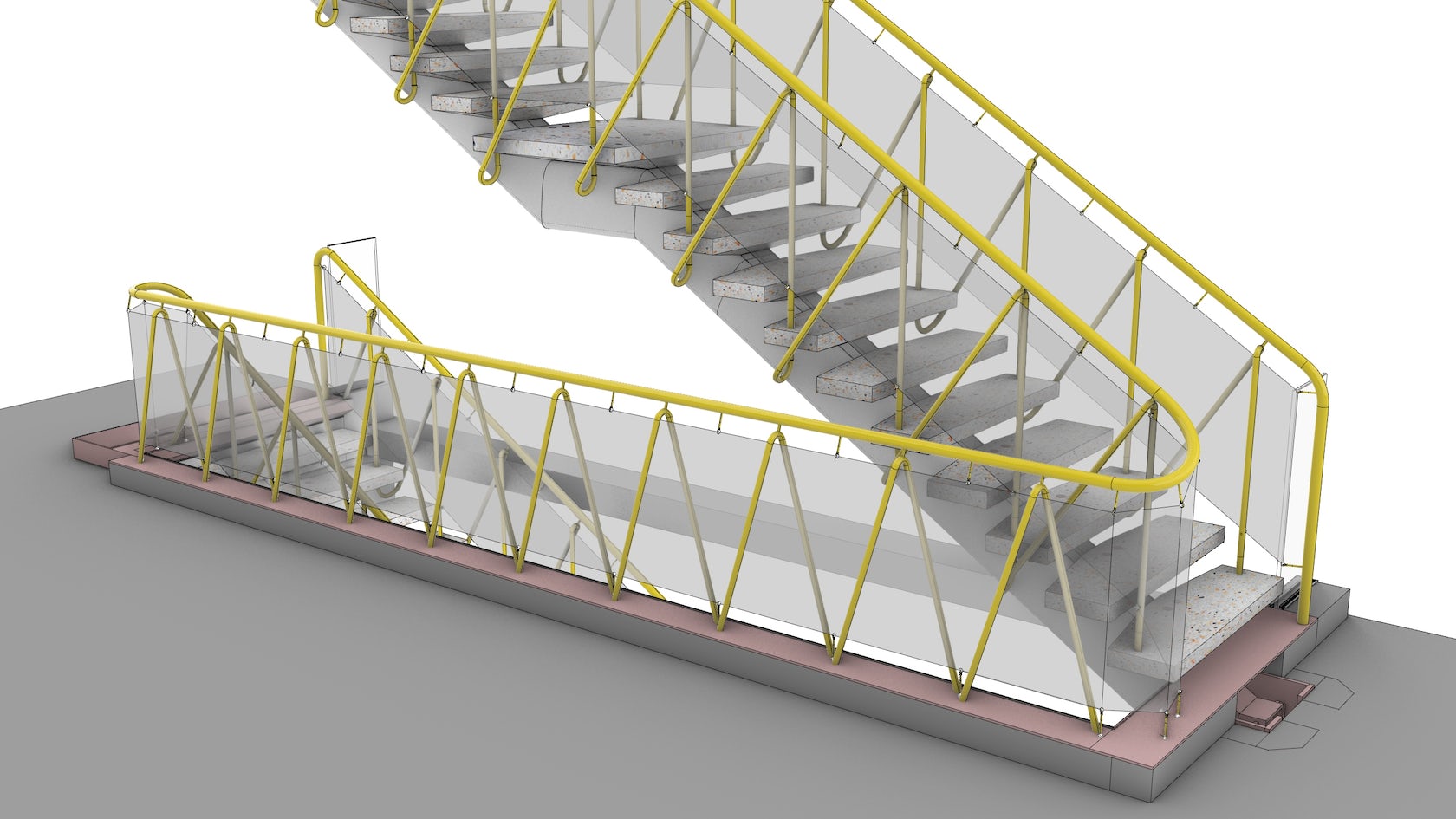 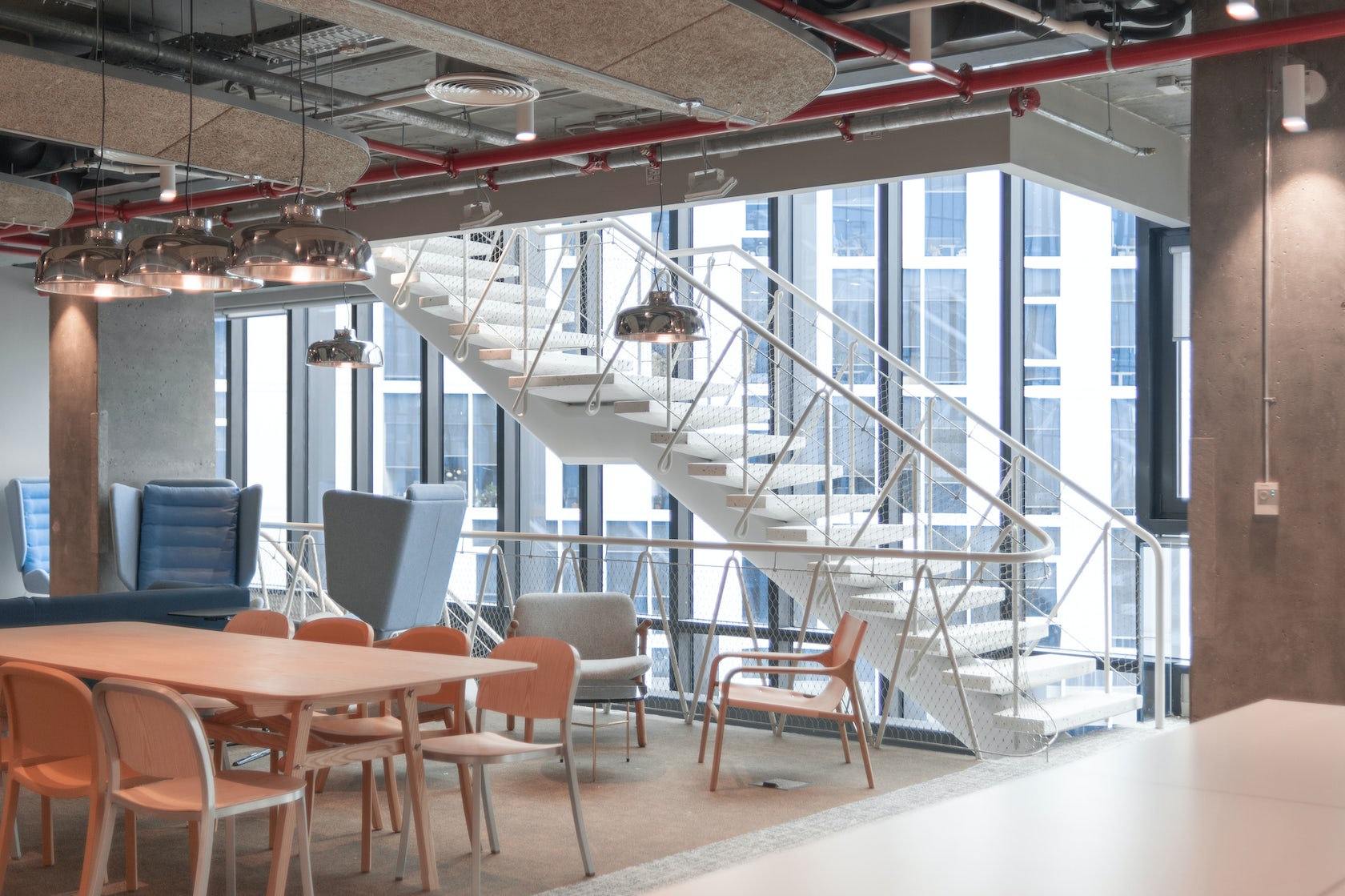 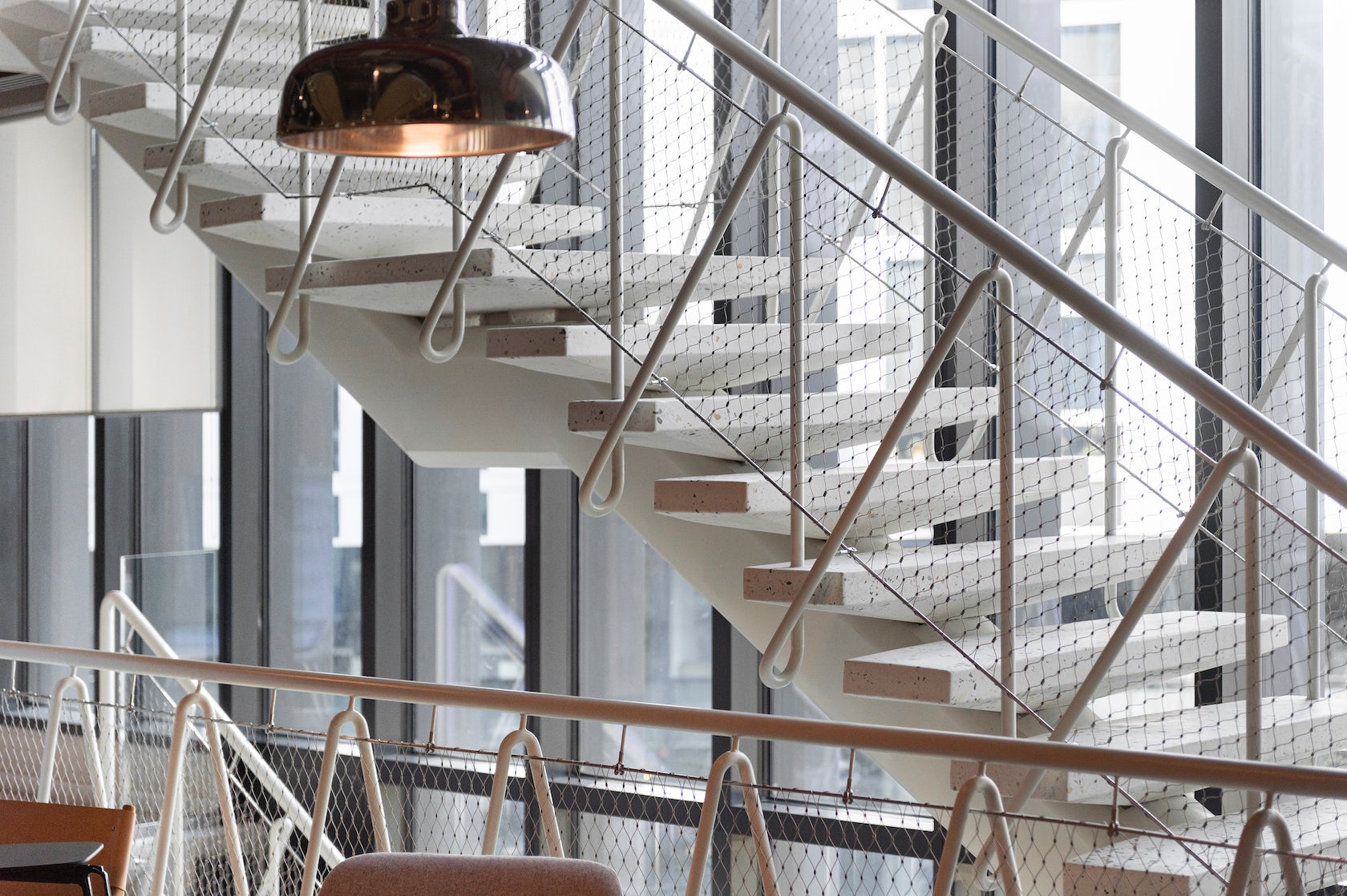 For more on Thread, Needle and Spine in Microsoft Offices, please visit the in-depth project page on Architizer.

Playing Around With Powder Rooms